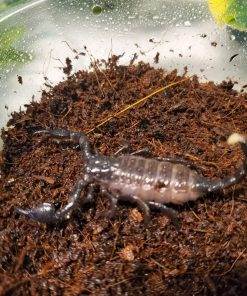 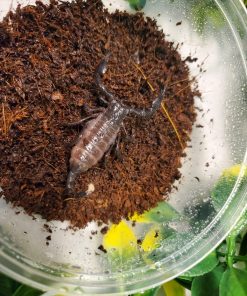 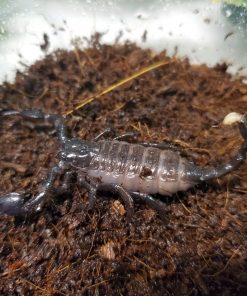 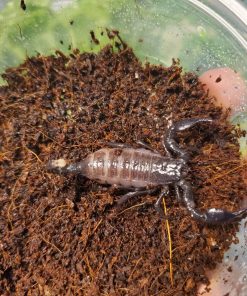 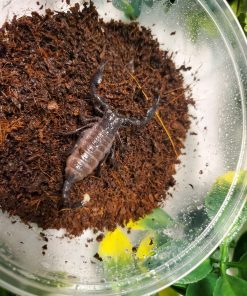 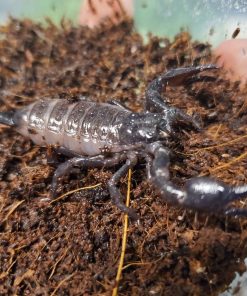 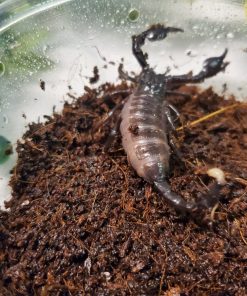 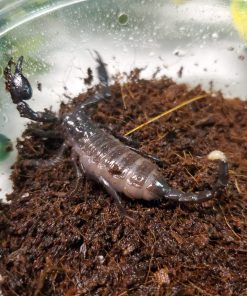 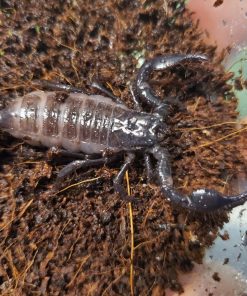 The emperor scorpion (Pandinus imperator) is one of the largest species of scorpion in the world, with adults averaging about 20 centimetres (7.9 in) in length and a weight of 30 g. However, some species of forest scorpions are fairly similar to the emperor scorpion in size, and one scorpion, Heterometrus swammerdami, holds the record for being the world’s largest scorpion at 9 inches (23 cm) in length. The large pincers are blackish-red and have a granular texture. The front part of the body, or prosoma, is made up of four sections, each with a pair of legs. Behind the fourth pair of legs are comb-like structures known as pectines, which tend to be longer in males than in females. The tail, known as the metasoma, is long and curves back over the body. It ends in the large receptacle containing the venom glands and is tipped with a sharp, curved stinger. Scorpion stings can be categorized as mild (similar to a bee sting) to severe to humans depending on the species. Most people are not affected by the emperor scorpion’s sting, though some people may be allergic to scorpion stings in general. Sensory hairs cover the pincers and tail, enabling the emperor scorpion to detect prey through vibrations in the air and ground.

If you must handle your scorpion, such as when cleaning its cage, use a pair of long-handled forceps with foam over the grips to pick up the scorpion by the stinging end.

Emperor scorpions can be kept alone or housed in groups. Glass aquarium tanks are probably the easiest housing to use. The tank should have a tight-fitting and secure lid. A 10-gallon tank is sufficient for one scorpion, but a larger one (20 to 30 gallons) is necessary for groups. Don’t give them too much space. It might make it too difficult for them to catch their prey.