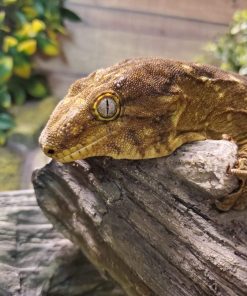 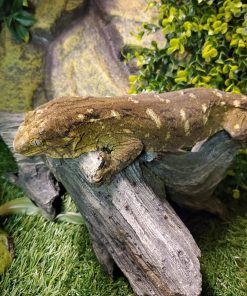 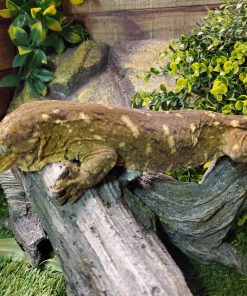 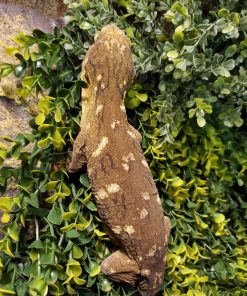 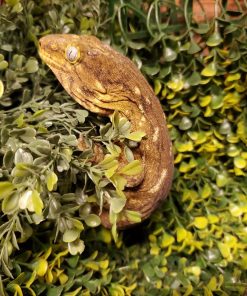 Currently we can define the Rhacodactylus leachianus as the largest living gecko in the world.

Until recent times there have been even larger species, such as Phelsuma gigas or Hoplodactylus delcourti, but both species were extinguished, directly or indirectly by human action.

Leachianus is a heavy, heavy gecko, with a large head and a relatively small tail, from which the animal can detach itself in case of threat.

As in other species of geckos, the lost tail returns to regenerate, although without the showyness of the original. The main characteristic that differentiates males and females are the preanal pores that the male presents in the area of ​​the sewer. It should be noted that Leachianus have a reputation for being very complicated to sex, especially when they are young.

They have a gray, green or brown color and with a cryptic mottle, although there are different color phases depending on the island of origin of the specimen, varying from light and yellowish tones to practically black tones, always maintaining a mossy appearance that helps camouflage In the trees he inhabits.

Another aspect that attracts the attention of its morphology is the distension of its skin, which gives it a plump and wrinkled appearance, thus accentuating its mimicry with the environment. The size of this species is usually around 35 – 40 cm from the snout to the tip of the tail, although the largest specimens can reach 50 cm and weigh an incredible 300 grams.

Like other arboreal species such as their relatives, the Rhacodactylus ciliatus, the Leachianus have Lamellae on their limbs, subdigital plates that they present on their fingers, and which makes them skilled climbers.